Jacqueline Fernandez is a Sri Lankan actress and model who primarily works in the Hindi film industry. The winner of the 2006 Miss Universe Sri Lanka pageant, Jacqueline is famous in Bollywood for essaying glamorous roles in films like Housefull 2, Race 2, Kick, and Housefull 3. 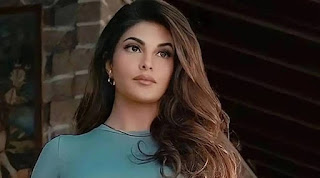 Jacqueline Fernandez was born on 11 August 1985, in Bahrain, to Elroy Fernandez and Kim. Jacqueline is the youngest of four children with one elder sister and two elder brothers. Jacqueline did her schooling in Bahrain and then went to the University of Sydney where she graduated in Mass Communication. After graduating she began working as a television reporter in Sri Lanka but simultaneously continued modeling and in 2006 she was crowned the Miss Sri Lanka Universe. Jacqueline was the anchor of Lanka Business Report and also used to write for The Daily Mirror.

Jacqueline from a very young age wanted to make it big in the world of glamor. When she came to India for a modeling assignment, she auditioned for the fantasy film Aladin and landed the lead role.

Being a famous celebrity in Bollywood comes with its pros and cons. Jacqueline's personal life has always been under media scrutiny. Her affair and breakup with Bollywood director Sajid Khan were much publicized. Their courtship period of two years ended in 2013. Before being in a relationship with Sajid Khan, Jacqueline was dating Bahraini prince Hassan bin Rashid Al Khalifa, whom she met at a mutual friend's party, but the duo separated soon after.

Jacqueline broke into the industry with Sujoy Ghosh's fantasy adventure film Aladin in 2009, opposite Riteish Deshmukh. The film which also starred Amitabh Bachchan and Sanjay Dutt was a box office disaster both in terms of collection and content. She garnered mixed reviews for her portrayal of Princess Jasmine. Her second film Jaane Kahan Se Aayi hai, again starring Riteish Deshmukh, was a flop. She was criticized heavily for not being able to satisfyingly play the role of an alien.

Success came to Jacqueline with Mahesh Bhatt's thriller mystery film Murder 2 in 2011. Directed by Mohit Suri, the film starred Emraan Hashmi along with her in the lead. The film was one of the highest grosser in 2011 and did wonders to uplift Jacqueline's career. Next year in 2012, Jacqueline appeared in the ensemble comedy film Housefull 2 co-starring Akshay Kumar, John Abraham, and Asin Thottumkal. Directed by her then boyfriend, Sajid Khan, the movie was a commercial super hit but was thrashed miserably by the critics.

2014 proved to be a turning point in Jacqueline's career. She starred opposite Salman Khan in Sajid Nadiadwala's directorial debut Kick. The movie which also starred Randeep Hooda and Nawazuddin Siddiqui was an official remake of a Tamil film of the same name. The kick was a runaway hit and was amongst the highest-grossing Hindi films at that time. This record-breaking movie made Jacqueline one of the most sought after actresses in Bollywood.

Jacqueline then appeared in films like Roy, Bangistan, and Brothers, which were all box-office duds. In 2015, she made her Hollywood debut with the British Horror film Definition of Fear. The film in which she essayed Sarah Folding, a psychology student premiered at the 4th Delhi International Film Festival in December 2015.

Jacqueline's 2016 releases include Housefull 3, Dishoom, and A Flying Jatt. In the same year, she also made her Hindi TV debut as one of the judges in Jhalak Dikhhla Ja Season 9. Her 2017 releases include the action comedy film Drive opposite Sushant Singh Rajput, A Gentleman alongside actor Sidharth Malhotra, and the David Dhawan directorial venture Judwaa 2 alongside Varun Dhawan. Her other projects include the Sri Lankan English film According to Mathew, under the direction of Chandran Rutnam. Her other releases include Race 3 (2018), Saaho (2019), Drive (2019), Mrs. Serial Killer (2020), Radhe (2021), Bhoot Police (2021), Bachchan Pandey (2022), Attack (2022), Vikrant Rona (2022), Cirkus (2022) and Ram Setu (2022).