Steve Jobs was an inventor, designer, and entrepreneur, best known as the co-founder, chairman, and CEO of Apple Inc. He is known as the father of the digital world. Under Jobs' guidance, the Apple company pioneered a series of revolutionary technologies, including the iPhone and iPad. 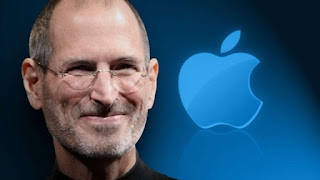 Steve Paul Jobs was born on 24 February 1955 in San Francisco, to Abdul Fattah jandals and Joanne Schiebel who gave him up for adoption. Steve Jobs’ father, Jandali, was a Syrian political science professor and his mother, Schieble, worked as a speech therapist. As a newborn child, Jobs was adopted by Paul and Clara Jobs and named Steven Paul Jobs. Paul was a Coast Guard veteran and machinist and Clara worked as an accountant.

In 1957, Paul and Clara adopted Jobs' sister Patricia and by 1959 the family had moved to the Monta Loma neighborhood in Mountain View, California. As a very young boy, Jobs worked with his father on electronics in the family garage and by the age of ten, Jobs was deeply involved in electronics. Steve's father taught him how to build electronics such as radios and televisions. His mother home-schooled him and Jobs also attended Monta Loma Elementary School and was a prankster in school due to boredom, and his fourth-grade teacher needed to bribe him to study. In 1968, Steve called up Bill Hewlett to get a summer job at the HP factory. In 1969, Steve became a good friend of Steve Wozniak, with whom he shared a love of electronics and music.

After completing high school, Jobs enrolled at Reed College in Portland, Oregon. Due to a lack of direction, he dropped out of college after six months of joining and spent the next 18 months dropping in on creative classes at the school and calligraphy to learn artistic letter writing. In 1974, Jobs took a position as a video game designer with Atari Inc. in Los Gatos and created a circuit board for video games, but after several months he left the company to find spiritual enlightenment in India, traveling further and experimenting with psychedelic drugs.

Steve Jobs and Wozniak founded the Apple Computer Company in 1976. In starting they sold circuit boards to their clients. The two of them invented the Apple I computer and in the same year they introduced the early Apple I board at the Homebrew Computer Club. It was called the digital 'Blue Box' which allowed free long-distance calls. Mike Scott became the CEO of Apple, in 1977. Wozniak left HP and joined Apple full time.

In 1977, Apple introduced its Apple II model to the public, in the West Coast Computer Faire, which is an 8-bit home computer, one of the world's first highly successful mass-produced microcomputer products. The Apple II became one of the World's first personal computers. In 1980, they launched Apple III, but it was a failure. Later in 1980, Apple went public and became a million-dollar company. Soon, in 1984, the Macintosh software was launched at Apple's annual meeting. Jobs left Apple, in 1985 due to disagreements between him and the CEO.

In 1997, jobs again became the CEO of Apple and rebuilt the damaged image of the Apple brand. Apple in 1998, introduced its iMac computer and became the permanent CEO of Apple in 2000. In 2001, Apple launched its three new products and services- iPod, iTunes digital music software, and iTunes Store and became very famous instantaneously. In 2007, Steve released a new product- iPhone, which was the first touch-screen phone. iPhone became very popular and was named the 'Invention of the Year' by Time Magazine. In 2010, Apple introduced the iPad as, 'The biggest thing Apple ever did'. Steve resigned as the CEO of Apple, in August 2011.

NeXT Inc., iMac, and Pixar

After leaving Apple, Steve started his own company called NeXT Inc. The NeXT Computer was introduced in 1988 at a lavish launch event. Using the NeXT Computer, Tim Berners-Lee created the world's first web browser, the World Wide Web. and invested in the newly independent Pixar Animation Studios in 1986, and became a chairman. In 1988, NeXT and IBM formed a partnership. In 1991, Pixar signed a deal with Disney and created the computer-animated film Toy Story.

In 1995, Jobs became president & CEO of Pixar and with the success of Toy Story, he became s billionaire. Pixar released a movie in 2003, called 'Finding Nemo'. This movie won the 'Best Animated Feature Academy Award. Disney bought Pixar in 2005, and jobs still remained the largest shareholder in the company.

Jobs proposed to his future wife 'Laurene Powell' on New Year's Day in 1990 and she accepted his proposal. Jobs and Laurene married on 18 March 1991, in a Buddhist ceremony at the Ahwahnee Hotel in Yosemite National Park. They first met at the Stanford Graduate School of Business, where Jobs gave a lecture, and she was a student. Only Fifty people, including Jobs' father, Paul, and his sister Mona, attended their marriage.

The ceremony was conducted by Jobs' guru, Kobun Chino Otogawa. The couple's first child, Reed, was born in September 1991. Jobs and Powell's second child, Erin, was born in August 1995, and Their third child, Eve, was born in May 1998. The family lived in Palo Alto, California. Jobs' net worth grew to over US$ 250 million by the time he was 25, according to estimates.

In October 2003, Jobs was diagnosed with cancer. In mid-2004, Despite his diagnosis, Jobs resisted his doctors' recommendations for medical intervention for nine months. According to Jobs' biographer, Walter Isaacson, "for nine months he refused to undergo surgery for his pancreatic cancer – a decision he later regretted as his health declined". Before having surgery in July 2004, he was also influenced by a doctor who ran a clinic that advised juice fasts, bowel cleansings, and other unproven approaches.

He eventually underwent a pancreaticoduodenectomy, which appeared to remove the tumor successfully. During Jobs' absence, Tim Cook, head of worldwide sales and operations at Apple, ran the company. As of January 2006, only Jobs' wife, his doctors, knew that his cancer had returned. In August 2006, Jobs delivered the keynote for Apple's annual Worldwide Developers Conference. Jobs, on 14 January 2009, wrote in an internal Apple memo that in the previous week he had "learned that my health-related issues are more complex than I originally thought".

After this, he announced a six-month leave of absence until the end of June 2009, to allow him to better focus on his health and Tim Cook became CEO of Apple, with his involvement of Jobs in important moves. In 2009, Tim Cook offered a portion of his liver to Jobs, since both share a rare blood type and the donor liver can regenerate tissue after such an operation, and then he underwent a liver transplant at Methodist University Hospital Transplant Institute in Memphis, Tennessee, in April 2009.

Steve Jobs died on 05 October 2011, at his Palo Alto, California home around 3 p.m. due to complications from a relapse of his previously treated islet-cell pancreatic neuroendocrine tumor, which resulted in respiratory arrest. Steve's final words were 'Oh wow. Oh wow. Oh wow.' He then lost consciousness and died several hours later. Apple and Pixar both announced Jobs' death. Apple and Microsoft both flew their flags at half-staff throughout their respective headquarters and campuses.

Bob Iger ordered all Disney properties, including Walt Disney World and Disneyland, to fly their flags at half-staff from 06 October to 12 October 2011. Apple displayed on its corporate Web site a simple page that showed Jobs' name and lifespan next to his grayscale portrait, for two weeks following his death. California Governor Jerry Brown declared 16 October as 'Steve Jobs Day in his honor.

"Don't let the noise of others' opinions drown out your own inner voice."