Mark Zuckerberg is an American developer and is the co-founder and CEO of the social networking website Facebook. He is one of the world's youngest billionaires. 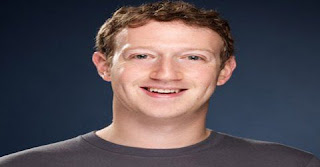 Zuckerberg studied at the Ardsley High School, New York, and later on at Phillips Exeter Academy. From his early years, he was very interested in mathematics, physics, astronomy, English classical literature, and foreign languages. He was also a part of the fencing team. Zuckerberg was very interested in writing coding software from a very young age, due to this his father gifted him a computer and taught him Atari BASIC programming, and he joined Mercy college at a very young age.

Mark's father hired a private tutor David Newman, who taught him software programming. In starting, Zuckerberg developed a communication software, named ZuckNet. His father used ZuckNet in his dental office so that the receptionist could inform him of a new patient without yelling across the room and his family also used Zucknet to communicate within the house. Zuckerberg also developed some computer games with his friends. later on, Zuckerberg studied at Phillips Exeter Academy (an exclusive preparatory school) in New Hampshire, where he showed talent in fencing and become the captain of the school's team. He also excelled in literature, earning a diploma in classics.

In High school, he created a primary version of the music software Pandora, which he called Synapse Media Player. This software gained a lot of media attention and was published on Slashdot and PC Magazine. Zuckerberg now came in demand for his products. Several companies including Microsoft and AOL messenger application tried to purchase his software and offered him a job, but Zuckerberg turned down both the offers.

In 2002, Zuckerberg graduated from Exeter and enrolled at Harvard University, but after his second year, he dropped out of college to devote himself to his new company, Facebook, full time. By his sophomore year at the Ivy League institution, Zuckerberg had developed a reputation as the go-to software developer in campus. Following year, he built a program called 'Course Match'. This program helped students in choosing their classes based on the course selections of other users.

Later on, Zuckerberg invented Facemash, in 2003, a software that compared the pictures of two persons (on the school campus) and allowed users to vote on which one was more attractive. The program became wildly popular but was later shut down by the school administration.

Mark Zuckerberg, along with his friends Dustin Moskovitz, Chris Hughes, and Eduardo Saverin created Facebook in 2004, a site that allowed users to create their own profiles, upload photos, and communicate with other users. Zuckerberg moved the company to Palo Alto, California, in the same year. Within less than a year Facebook reached 1million users. Next year Zuckerberg's enterprise received a huge boost from the venture capital firm Accel Partners, with an investment of $12.7 million into the network, which at the time was open only to Ivy League students.

After some time Zuckerberg's company granted access to other High schools, colleges, and international schools and Facebook reached more than 5.5 million users by December 2005. The site began attracting the interest of other companies that wanted to advertise with the popular social hub. Some companies such as Yahoo! and MTV networks gave offers to Zuckerberg to sell his site, but Zuckerberg declined the offers and focused on expanding the site, opening up his project to outside developers, and adding more features.

Facebook become a more and more popular social network, across the world. Time magazine named Zuckerberg, Person of the Year in 2010, and Vanity Fair placed him at the top of their New Establishment list.

In May 2012, Facebook had its IPO (initial public offering), which raised $16 billion, making it the biggest Internet IPO in history. After the initial success of the IPO, the Facebook stock price dropped somewhat in the early days of trading, though Zuckerberg is expected to weather any ups and downs in his company's market performance.

The negative PR around the 2016 election and the Cambridge Analytica scandal seemingly did little to slow the company's progress: Facebook saw its stock close at a record $203.23 on 06 July 2018. The surge bumped Zuckerberg past Berkshire Hathaway chief Warren Buffett to become the world's third-richest person, behind fellow tech titans Jeff Bezos and Bill Gates. At present time Zuckerberg's net worth is about US $7,280 crores.

Zuckerberg married 19 May 2012, with Priscilla Chan, a Chinese-American medical student he met at Harvard, 2012. About 100 people gathered for the ceremony at the couple's home in California. The guests thought they were there to celebrate Chan's graduation from medical school, but instead, they witnessed Zuckerberg and Chan exchange vows.

Zuckerberg and Priscilla Chan have two daughters, Max, born on 30 November 2015, and August, born on 28 August 2017. When Zuckerberg welcomed Max, he announced he would be taking two months of paternity leave to spend with his family.

In 2010, his journey was documented in the movie called 'The Social Network', starring Jesse Eisenberg. The film was based on the 2009 book 'The accidental Billionaires', by Ben Mezrich. The movie received eight Academy Award nominations. However, Zuckerberg said that there are some facts in the movie that are inaccurate.

As Zuckerberg is one of the wealthiest people in the World, he has used his millions to fund a variety of philanthropic causes. In September 2010, he donated $100 million to save the failing Newark Public Schools system in New Jersey, and in the same year in December, Zuckerberg signed the "Giving Pledge", promising to donate at least half of his wealth to charity throughout his lifetime.

After his donation, Zuckerberg called on other young, wealthy entrepreneurs to follow suit. Zuckerberg and his wife pledged in an open letter to their daughter in November 2015, that they would give 99 percent of their Facebook shares to charity and in September 2016, Zuckerberg and his wife Chan announced that the Chan Zuckerberg Initiative (CZI), would invest at least $3 billion into scientific research over the next decade to help "cure, prevent and manage all diseases in our children's lifetime.

They also announced the founding of Chan Zuckerberg Biohub, a San Francisco-based independent research center that will bring together engineers, computer scientists, biologists, chemists, and others in the scientific community.