Mohandas Karamchand Gandhi was an Indian lawyer, anti-colonial nationalist, and political ethicist. His non-violence resistance leads to the successful campaign for India's independence from British rule of India. Gandhi was the one who was considered The Great Soul or The Mahatma in the eyes of millions and millions of his fellow Indians. 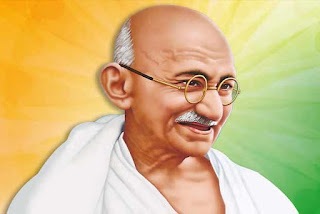 As Mahatma Gandhi was born in a Hindu family, Gandhi strictly followed vegetarianism and fasting as means of self-purification. At the age of 9 years, Mahatma Gandhi joined a local school in Rajkot and later on, he completed his high school in Rajkot in 1887, which is now known as Mohandas Gandhi High school. After it, Gandhi enrolled in Samaldas Arts College in 1888 but was not satisfied with his studies.

In the same year, 18 years old Gandhi sailed for London, England, to study law. Gandhi returned to India in 1891 and learned that his mother had died just weeks earlier. He started doing his efforts to become a lawyer and he struggled too much. After struggling in India, he obtained a one-year contract to perform legal services in South Africa, and in April 1893, he sailed for Durban in Natal, South Africa.

Mahatma Gandhi has a very large impact on India's independence and he has an important role in the social development of other countries also. His achievements are:

The Books written by Mahatma Gandhi are based on India's independence, his life's work, and his thoughts. Books of Gandhi with publishing years are:

Mahatma Gandhi was named man of the year in 1930 by TIME Magzine. Mahatma Gandhi did not receive any Nobel prize Although he was nominated five times for the Nobel peace prize between 1937 to 1942.

Mahatma Gandhi married Kasturba Makhanji Kapadia (Kasturba Gandhi) in May 1883. Kasturba was the daughter of a merchant. In 1885, Gandhi's father passed away. Gandhi’s wife gave birth to the first of four surviving sons in 1888. A second son was born in India in 1893. His wife gave birth to two more sons while living in South Africa, one in 1897 and one in 1900. Harilal Gandhi, Devdas Gandhi, Manilal Gandhi, and Ramdas Gandhi were the four sons of Mahatma Gandhi. His wife Kasturba Gandhi dead in February 1944.

Mahatma Gandhi died on 30 January 1948, in New Delhi. He was killed by Nathuram Godse. Gandhi's commitment to nonviolence and his belief in simple living has been a beacon of hope for oppressed and marginalized people throughout the world.