Mahendra Singh Dhoni is an Indian cricket player. He plays as a batsman and wicketkeeper in the Indian cricket team. He captained the Indian national cricket team in a limited-ordered format from the year 2007 to 2016 and in test cricket from 2008 to 2014. He is the only wicketkeeper to hit 100 stumping in one day of international cricket. M. S. Dhoni is one of the highest run-scorers in one day international with 10,000 runs. He is regarded as one of the greatest wicket keepers, batsmen, and captains in the world. 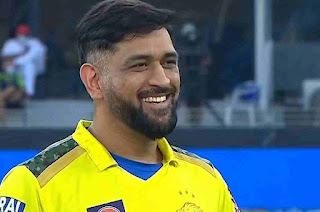 Mahendra Singh Dhoni was born in Ranchi, Bihar (present-day in Jharkhand), in a Hindu Rajput family. Dhoni's father is Pan Singh and his mother is Devaki Devi. His paternal village Lwali is in the Langara block of the Almora District of Uttarakhand. His family moved from Uttarakhand to Ranchi, Bihar where his father Pan Singh worked in junior management positions in MECON (Metallurgical & Engineering Consultants Limited). He has two elder siblings a sister Jayanti Gupta and an elder brother Narendra Singh Dhoni.

Dhoni's uncle and cousins spell their surname as Dhauni but Mahendra Singh spells it as Dhoni. His childhood idols were cricketer Sachin Tendulkar, Lata Mangeshkar, and Bollywood actor Amitabh Bachchan. His nicknames are captain cool, Mahi, MSD and Thala. Dhoni did his schooling at DAV Jawahar Vidya Mandir, Ranchi, and Jharkhand. He enrolled in St Xavier's College in 2008, in B.Com.

In college, he was the goalkeeper of the school's football team. His football coach sends him to play cricket. Although in starting, Dhoni didn't show good cricket skills he was a good wicketkeeper. He played cricket for a local cricket Club and focused on cricket after high school. Because of his father's concern dhoni gave an exam on Indian railways.

For two years, from 2001 to 2003, dhoni was a Travelling Ticket Examiner (TTE) at Kharagpur railway station, under South Eastern Railway in Midnapore, a West Bengal district. As per his fellow railways collogue he was an honest and straightforward employee of the Indian Railways.

Dhoni debuted in Test cricket on 02 December 2005. His first match was with Sri Lanka. His last test match was on 26 December 2014 against Australia. Dhoni's ODI debut date is 23 December 2004, which was played against Bangladesh. He played his last ODI match on 09 July 2019, against New Zealand. In T20I Dhoni debuted on 01 December 2006, and played against South Africa. His last ODI was against Australia, on 27 February 2019. He plays on squad number 07, in both ODI and T20 International cricket formats.

1). In starting of their cricket career MS Dhoni played for the Jharkhand team which was the Bihar team before dividing Bihar into Jharkhand and Bihar from 1999 to 2005.

Mahendra Singh Dhoni made many records as national and as well as international. He has a wicket-keeper position in the Indian cricket team and he is also known for his batting style and sense.

M.S. Dhoni has many records in his cricket career in test matches and ODI cricket matches.

Dhoni is the first Indian wicket-keeper who made 4000 test runs. Dhoni as captain won the highest number of test matches with 27, which crossed Sourav Ganguly's 21.

India topped the test cricket ranking for the first time in 2009 in Dhoni's captaincy. Dhoni's 224 runs against Australia in 2013 is the third-highest score by an Indian captain. In route to making 224 runs dhoni registered the highest test score by an Indian wicket-keeper and along with this dhoni broke Budhi Kunderan's 192. Also by making 224 dhonis became the first wicket-keeper captain and broke Englishman Alec Stewart's record of 164.

After hitting a six in a test match against England, in Southampton dhoni completed his 50 sixes which is an Indian record by a captain. Dhoni's century (148) against Pakistan in Faisalabad is the fastest century made by an Indian wicket-keeper.

First Indian and overall fifth to hit 200 sixes in ODI matches. Dhoni is the first Non- Australian and overall third captain to win 100 ODIs. Fourth Indian to reach 10,000 runs in ODI and the first player to cross 10,000 runs with an average of 50 overs. Dhoni is the only player to score more than a hundred in ODI cricket at position 7. He made two centuries at position 7 in his ODI career.

Dhoni holds the record of playing most ODIs (200 matches) as a captain who also serves as a wicketkeeper. Most not outs with 82 in ODI cricket. Dhoni has the second-highest batting average among cricketers with 10,000 runs and fifth-highest batting average among cricketers with more than 5000 runs in ODI cricket. Dhoni's 113 runs against Pakistan in Chennai in 2012 is the highest score by a captain batting at position 7.

Dhoni has played most international matches (332) and Dhoni is the first and only one player who has 150 stumpings. Dhoni is the only captain to win all three ICC trophies- ODI T20 World Cup-2007, ODI World Cup- 2011 and champions trophy- 2013.

M.S. Dhoni has many records as national and international.

M.S. Dhoni married to Sakshi on 04 July, 2020. The couple firstly meet at Taj hotel, bangal, where sakshi was a hotel management trainee, during Dhoni's stay there, at time of one of India's home series. The couple was blessed with a girl child named Ziva Dhoni in 2005.

Dhoni is considered as one of the best captain of Indian cricket team and is also a rich player from india. He is the second richest cricket player in the World. His net worth is over INR 819 crores.