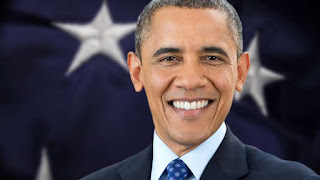 Barack Hussein Obama II was born on 04 August 1961, in Honolulu, Hawaii. His father, Barack Obama Sr., was born in Nyanza Province, Kenya and by earning a scholarship, he leave Kenya and pursued his dreams of going to college in Hawaii. Obama’s mother, Ann Dunham, was born to Stanley and Madelyn, in an Army base in Wichita, Kansas, during World War II. Dunham's father, Stanley, enlisted in the military and marched across Europe in General George Patton's army, after the Japanese attack on Pearl Harbor.

Soon the family moved to Jakarta, Indonesia, where Obama's half-sister, Maya Soetoro Ng, was born in 1970. When Obama was 10, he was sent back to Hawaii to live with his maternal grandparents, where his mother and half-sister joined him later.

After graduating from Columbia University, Obama worked in the business sector for two years and in 1985, he moved to Chicago, where he worked on the impoverished South Side as a community organizer. When he Retuned from Kenya, he entered Harvard Law School in 1988. In 1989, he met with constitutional law professor Laurence Tribe and their discussion impressed Tribe, so much, that this was due to his impression of the tribe that when Obama asked to join his team as a research assistant, the professor agreed.

In the following year, Obama joined as a summer associate in the Chicago law firm of Sidley Austin. In February 1990, Obama was elected the first African American editor of the Harvard Law Review. After completing law school, he returned to Chicago to practice as a civil rights lawyer with the firm of Miner, Barnhill & Galland. layer on he taught at the University of Chicago Law School between 1992 and 2004 firstly as a lecturer and then as a professor.

Obama published his autobiography, Dreams from My Father: A Story of Race and Inheritance, in 1995. The work received high praise from literary figures such as Toni Morrison. It has since been printed in more than 25 languages, including Chinese, Swedish, and Hebrew. The book had a second printing in 2004.

Obama's second book was "The Audacity of Hope: Thoughts on Reclaiming the American Dream". This book was published in October 2006. The book discussed Obama's visions for the future of America. Soon after its release, the book came on No.1 position on both the New York Times and Amazon's best-seller lists.

On 20 January 2009 Obama take his place in the presidency. When he went to the office, he worked on many fronts, and for his works during his debut, the Nobel Committee in Norway awarded Obama the 2009 Nobel Peace Prize. The 2009 Nobel Peace Prize. In his first 100 days in office, Obama successfully coaxed Congress and expanded health care insurance for children and legal protection for women seeking equal pay. A $787 billion stimulus bill was passed to promote short-term economic growth.

Obama announced his candidacy for the 2008's presidential nomination in February 2007. He was facing a strong battle with a former first lady from New York 'Hillary Rodham Clinton' and on 03 June 2008, Obama became the Democratic Party's presumptive nominee. On 04 November 2008, by defeating Republican presidential nominee John McCain, 52.9 percent to 45.7 percent, Obama win the 2008 presidential election and became the 44th president of the United States and the first African American to hold this office and Joe Biden became the vice President of United States.

On 29 April 2011, Obama gave the green light to the military to do a search operation in Pakistan to track down the infamous al-Qaeda leader Osama bin Laden, he was the mastermind behind the 9/11 terrorist attacks and had been in hiding for almost 10 years.

On 02 May 2011, a U.S. Navy SEALs team raided a compound in Abbottabad, Pakistan, and the team killed bin Laden within 40 minutes in a firefight. There were no American losses and the military team was able to collect invaluable intelligence about the workings of al-Qaeda. On the same day, Obama announced Osama bin Laden’s death on national television. Obama also said that "As we do, we must also reaffirm that the United States is not and never will be at war with Islam.”

Obama once again stood in the presidential election in 2012. like in the 2008 election, Obama focused on grassroots initiatives in 2012. This time, Obama faced Republican opponent Mitt Romney. Obama won the 2012 election on 06 November 2012, for a four-year term as president. On 21 January 2013, After US chief justice John Roberts administered the oath, Obama officially began his second term.

Obama traveled to India in 2015 to meet with India's Prime Minister Narendra Modi. Several news reports said that Obama and Modi had reached a "breakthrough understanding" regarding India's nuclear power efforts. Obama during a speech in India said that "we can finally move toward fully implementing our civil nuclear agreement, which will mean more reliable electricity for Indians and cleaner, non-carbon energy that helps fight climate change."

After nearly 20 years, on 10 March 2016, newly elected Canadian prime minister Justin Trudeau officially visited the United States and Obama met with him at the White House. The central topic addressed during their meeting was climate change, which also included trade, terrorism, and border security.

Soon the plan became the Obama administration’s main tool to meet the emissions reduction target from the Paris Climate Agreement. Under the regulations, states were allowed to create their own plans to reduce emissions and are required to submit initial plans by 2016 and final versions by 2018.

Obama met Michelle Robinson in the Chicago law firm of Sidley Austin. Michelle was a young lawyer who was assigned to be his adviser at the law firm. Soon they started dating each other and on 03 October 1992, they got married. After six years of their marriage, Barack and Michelle welcomed their first Malia in 1998 and second daughter Sasha in 2001.