William Shakespeare was an English playwright, poet, and actor. He is regarded as the greatest poet of all the time and best dramatist in the world. He is also known as the National Poet of England. His work consists of some 154 sonnets, 39 plays, three long narrative poems, and a few other verses. 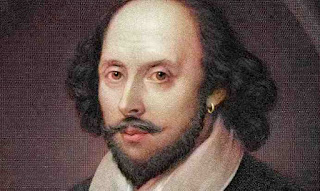 William Shakespeare was the third child out of eight children of his parents and was the eldest surviving son. His father John Shakespeare was a leather merchant, and his mother Mary Arden was a local landed heiress. Shakespeare had three younger brothers, Gilbert, Richard, and Edmund, and two elder sisters, Joan and Judith. Same as his birth time, Shakespeare's educational information is also not very clear. According to some scholars and biographers Shakespeare was educated at king's New school in Stratford, which was established in 1553.

When Shakespeare was 18 years old, he married Anne Hathaway, who was eight years elder than him. The consistory court of the Diocese of Worcester issued a marriage license on 27 November 1582. After six months of their marriage, Anne gave birth to a daughter, baptized on 26 May 1583, whose name was Susanna.

After two years of Susanna's birth, Anne gave birth to twins, daughter Judith and son Hamnet and both were baptized on 02 February 1585. At the age of eleven, their son Hamnet died of unknown causes and was buried on 11 August 1596.

After the birth of his twins in 1585, there are no records of where Shakespeare spent his life's seven years. Some scholars call this time Shakespeare's lost years. There are two theories of Shakespeare's lost years. One of these theories says that he might have gone into hiding for poaching game from the local landlord, Sir Thomas Lucy, while another theory is that he might have been working as an assistant schoolmaster in Lancashire.

There is no exact evidence of the time at which Shakespeare started writing but some records of performances show that several of his plays were on the London stage by 1592 and worked as a horse menial at some of London's finer theaters.

Documents show that in the early 1590s Shakespeare was a managing partner in an acting company in London, namely 'the Lord Chamberlain's Men'. After the crowning of King James I in 1603, the company changed its name to the King's Men. All accounts show that King's Men company was very popular. During his time in king's Men Shakespeare had works published and sold as popular literature.

There is evidence that Shakespeare earned a living as an actor and a playwright in London, by 1592, and had produced several plays. During his early career, Shakespeare was able to get the attention of, the Earl of Southampton, Henry Wriothesley. Shakespeare was very inspired by Henry Wriothesley and he dedicated his first and second published poems: "Venus and Adonis" and "The Rape of Lucrece", Both of which were published in 1593 and 1594 respectively.

Shakespeare and his business partners built their own theater on the south bank of the Thames River, in 1599, which was called 'The Globe Theater'.

Shakespeare purchased leases of real estate near Stratford for 440 pounds, which doubled in value, This made him an entrepreneur as well as an artist and these investments gave him sufficient time to write his plays.

Shakespeare wrote 37 plays, from about 1590 to 1613. These plays include histories, tragedies, comedies, and Tragi-comedies, as main themes.

During his early career, Shakespeare wrote plays with Histories and Comedies theme. Henry VI (Parts I, II, and III), Richard II, and Henry V are Shakespeare's first plays and most of his early plays are histories. The whimsical A Midsummer Night's Dream, the wit and wordplay of Much Ado About Nothing, the romantic Merchant of Venice, and the charming As You Like It and Twelfth Night are some of his early comedies.

Titus Andronicus, The Two Gentlemen of Verona, Love’s Labour’s Lost, King John, The Comedy of Errors, The Merry Wives of Windsor, and The Taming of the Shrew are Shakespeare's plays that were written before 1600. later after 1600, Shakespeare wrote the tragedies plays King Lear, Macbeth, and Othello. The most famous play of Shakespeare "Hamlet" was written during this time. It explores retribution, incest, betrayal, and moral failure.

The exact cause of Shakespeare's death is not known, although it is considered that he died due to a brief illness. Conventions say that Shakespeare died on 23 April 1616, on his 52nd birthday, whereas according to some biographers this is a myth since Church records show he was interred at Trinity Church on 25 April 1616. In his will, he left a large portion of his fortune to his eldest daughter Susanna.

All the records of the 16th and 17th centuries show that Shakespeare was a respectful man of the dramatic arts. But his reputation as a dramatic genius was recognized in the 19th century. At the present time, his plays are very popular and are constantly studied and reinterpreted in performances. This is evidence of his great work that Uranus moons are named on the characters of his plays such as Titania, Oberon, Ariel, Miranda, and Puck. Time is very slow for those who wait, very fast for those who are scared, very long for those who are a lament, and very short for those who celebrate. But for those who love, time is eternal.