Elon Musk is a South African entrepreneur and business magnate. He is best known for founding SpaceX and Tesla motors. He is also an early-stage Investor, founder of The Boring Company, and co-founder of Neuralink, OpenAI, and PayPal. He is one of the best entrepreneurs and is the richest person in the world at the present time. 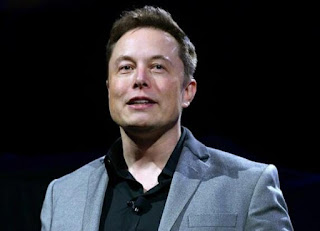 Elon Musk was born on 28 June 1971, in Pretoria, South Africa. His mother "Maye Musk" is a Canadian model and the oldest woman to star in a Covergirl campaign. Musk's father Errol musk is a wealthy engineer in South Africa. When Elon was a child, he was very lost in his daydreams about inventions, Because of this, he doesn't give a reply to anyone, which lead his parents and doctors to order a test to check his hearing.

When Elon was about 10, his parents get divorced. Same year Elon developed an interest in computers and he early taught how to program. At the age of 12, he sold his first software: Blastar (which was a game made by him). When Musk was in grade school, he was short bookish, and was bullied until 15. During this period he learned how to defend himself with karate and wrestling.

In 1989, when he was 17, Musk moved to Canada to attend Queen’s University and avoid mandatory service in the South African military. The same year musk get his Canadian citizenship. Musk left Canada in 1992, to study physics and business at the University of Pennsylvania. He graduated with an undergraduate degree in economics. Musk enrolled in Stanford University in the US to get a Ph.D. in energy physics but he drop out of Stanford and in 1995, he launched his first company "Zip2 Corporation". Elon became a US citizen in 2002.

Musk founded many companies which are very successful in their fields. Zip2 was musk's first company. He launched Zip2, in 1995 with his brother Kimbal Musk. Zip2 was a company that provided maps and business directories to online newspapers. In 1999, a Compaq Computer Corporation division bought Zip2 for $307 million.

x.com was founded in 1999, which is an online financial services company. Later it became PayPal, which specialized in transferring money online. Musk earned his first billion in 2002 when, 'eBay' an online auction company, bought PayPal for $1.5 billion.

Space Exploration Technologies Corporation or SpaceX was founded by Elon Musk in 2002. He founded SpaceX with intention of building spacecraft for commercial space travel. In 2008, NASA awarded SpaceX the contract to handle cargo transport for the International Space Station. In 2008, SpaceX launched the Falcon 1, which was the first private liquid-fuel rocket to reach Earth orbit. Musk and SpaceX made history when the company launched Falcon 9 rocket on 22 May 2012, into space with an unmanned capsule.

SpaceX launched another Falcon 9 fitted with the Deep Space Climate Observatory (DSCOVR) satellite, in February 2015. SpaceX get another success in February 2018 with the successful test launch of the powerful Falcon Heavy rocket. SpaceX gets permission from the U.S. government to launch a fleet of satellites into low orbit for providing internet service. After getting permission from the U.S. government, SpaceX launched the first batch of 60 satellites in May 2019. It launched another payload of 60 satellites, in November 2019.

On 01 July 2003, Tesla Motors was founded by Marc Tarpenning and Martin Eberhard who financed the company until the Series A round of funding. Tesla is a company that is best known for designing and making electric cars. In 2008, Musk became the CEO and product architect of Tesla motors. In 2009, due to a lawsuit settlement with Eberhard, Musk was designated as a co-founder of Tesla, along with Tarpenning and two others.

In 2008, Tesla first built an electric sports car, the Roadster with sales of about 2,500 vehicles, it was the first serial production all-electric car that used lithium-ion battery cells.

In August 2008, Tesla announced plans for the Model S, which was companies first electric Sedan. In 2012, Model S entered production at a starting price of $58,570. Model S was honored as 2013 Car of the Year by Moter magazine. The Model 3 was officially launched in early 2019 following extensive production delays. The car was initially priced at $35,000.

OpenAI organization was founded on 11 December 2015, in San Francisco by Elon Musk, Sam Altman, and others, who collectively pledged US$1 billion. OpenAI is a not-for-profit artificial intelligence research company that works with an aim to develop artificial general intelligence intended to be safe and beneficial to humanity. In February 2018, Musk resigned from the board.

In July 2016, Musk co-founded Neuralink along with Max Hodak and seven others. Neuralink is a neurotechnology startup company that works to integrate the human brain with Artificial intelligence. Companies' purpose is to create devices that are embedded in the human brain to facilitate the merging of the brain with machines.

The Boring Company is a company devoted to boring and building tunnels in order to reduce street traffic and it was launched in January 2017 by Elon Musk. The company landed a $48.7 million contract from the Las Vegas Convention and Visitors Authority to build an underground Loop system to shuttle people around the Las Vegas Convention Center, in 2019.

Musk was sued by the US Securities and Exchange Commission (SEC), in September 2018, for a tweet claiming funding had been secured for potentially taking Tesla private. The lawsuit claimed that discussions by Musk, in July 2018, held with foreign investors did not confirm key deal terms and thus characterized the tweet as false, misleading, and damaging to investors, and sought to bar Musk from serving as CEO of publicly traded companies. On 29 September 2018, it was announced that Musk would pay a $20 million fine and step down as chairman of Tesla's board for three years.

In 2000, Elon get married to a Canadian author, Justine Wilson. In the same year when Musk was on vacation in South Africa, he suffered from malaria. Their first son Nevada Alexander Musk, died at the age of 10 weeks due to sudden infant death syndrome (SIDS), in 2002. After this Musk and Justine, decided to use IVF to continue their family. In April 2004, the couple get Twins Xavier and Griffin and triplets Kai, Damian, and Saxon in 2006. The couple divorced in 2008 and share custody of their five sons.

After two years, Musk married English actress Talulah Riley, in 2010. In 2012, Musk announced a divorce from Riley. But they remarried in 2013. A second divorce was finalized in 2016.

In 2018, Musk and Canadian musician Grimes declared that they were dating. Grimes gave birth to their son in May 2020, who was named "X AE A-XII" Musk, with "X" as a first name, "AE A-XII" as a middle name, and "Musk" as a surname. From the 2000s until late 2020, musk lived in California, where the headquarters of Tesla and SpaceX are located. In 2020, musk moved to Texas.

In 2002, Musk founded the Musk Foundation, according to the founder, its purpose is to provide solar-power energy systems in disaster areas as well as other goals. From 2002 to 2018, the foundation gave out $25 million directly to non-profits, nearly half of which went to Musk's OpenAI. Forbes gave Musk a philanthropy score of 1, in 2020, because he had given away less than 1% of his net worth.

In October 2019 Musk pledged to donate $1 million to the '#TeamTrees' campaign and in January 2021, he promised to donate $100 million as a prize to whoever developed the best carbon capture technology.

Don't confuse schooling with education. I didn't go to Harvard but the people that work for me did.