Nicola Tesla was a Serbian-American Scientist and Engineer. He is famous for designing modern Alternating Current Electricity systems. He developed AC generators and transmission technology also. Tesla invented the 'Tesla coil', in 1891, which is an induction coil, widely used in radio technology. 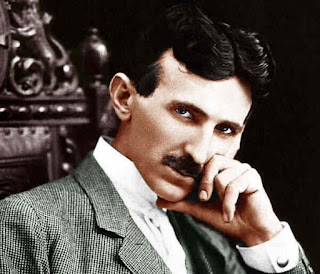 Tesla was born on 10 July 1856, in Smiljan, Croatia. His father Milutin Tesla was a Serbian Orthodox Priest and his mother Djuka Tesla was uneducated but was very intelligent. Nicola was one of five children with 4 siblings Dane, Angelina, Milka, and Marica. Tesla's father forced him to join the priesthood but Tesla was interested in electrical inventions because of his mother, who invented appliances for households. He had a remarkable imagination and creativity and poetic touch.

Tesla attended primary school, in 1861, in Smiljan. Here he learns Arithmetic, German, and religion. Tesla's family moved to nearby Gospic, in 1862, because his father worked there as a parish priest. After completing primary and middle education, Tesla 1870 moved to Karlovac and attend high school at Higher Real Gymnasium. As was usual throughout schools within the Austro-Hungarian Military Frontier, Tesla's classes were held in German.

Tesla was excellent at performing integral calculus so he was able to perform it in his mind. Because of this thought, his teacher believe that he was cheating. Tesla completed his four-year term, in three years and became graduated in 1873.

In 1874, To escape conscription into the Austro-Hungarian Army in Smiljan, Tesla run to the southeast, Lika to Tomingaj, near Grace. There he gets closer to nature. In 1875, Tesla on a Military Frontier scholarship enrolled in 'Imperial-Royal Technical College' in Graz.

He was very good in his first year and gained the highest grades possible, passing nine exams. He also received a commendation letter from the Dean of his college to his father with the words "Your son is a star of the first rank".

After the death of Tesla's father, on 17 April 1879, he found a package of letters, to his father from his college professor, with the warning that "unless he was removed from the school, Tesla would die through overwork". In the second year of his college, Tesla lost his scholarship, and Last year he didn't receive grades and never graduated.

Tesla moved to Budapest, Hungary, in 1881, to work under Tivadar Puskás at a telegraph company. When he arrived, he realized that the company was under construction and was not functional, thus he worked as a draftsman in the Central Telegraph Office instead.

During his career, Nicola Tesla discovered and designed, and developed ideas for many inventions. But most of his inventions were patented by other scientists, such as 'Induction motor' and 'Dynamos'. He was a forerunner in the discovery of X-ray technology and radar technology. 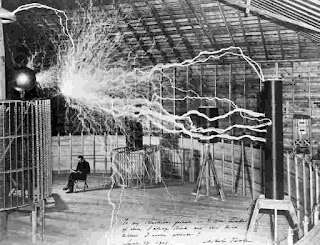 Tesla invented an induction motor in 1887. This induction motor ran on Alternating Current and because of its advantage in high-voltage transmission and long-distance, this power system format was expanded in the United States and Europe, rapidly.

He designed the Alternating Current Electrical System, which became the essential Power system by the 20th century.

Tesla coil is an electrical resonant transformer and was patented by Tesla, in 1891. Tesla coil laid the foundation for wireless technology. It is still used in radio technology and television, at present time. This coil is used to produce low current, high voltage, and high-frequency alternating-current electricity. Tesla used his coil for studying X-rays, wireless power, fluorescence, and electromagnetism of earth.

At the age of 86, Tesla died on 07 January 1943, in New York City, United States. He died in room no. 3327 of the hotel of New Yorker. In the investigation, doctors found that the cause of his death had been 'coronary thrombosis.

Several works are done on Tesla's Life and in 1980, the biographical film 'The Secret of Nikola Tesla', was released under the name of Tesla. In 1994, a documentary was produced by the Tesla Memorial Society and the Nikola Tesla Museum (in Belgrade), Serbia with the title, "Nikola Tesla, The Genius Who Lit the World".

A group of engineers founded Tesla motors and cars under the name of Nicola Tesla, in 2003. In 2004, Entrepreneur 'Elon Musk' contributed over $30million USD and now became co-founder and CEO of Tesla motors.

"Be alone, that is the secret of invention; be alone that is when ideas are born."