Dr. Bhim Rao Ram Ji Ambedkar was an Indian jurist writer, Politician, Economist, and Social Reformer. He is famously known as the father of the Indian Constitution and Babasaheb Ambedkar. He was the leader of the Dalit movement and inspired a campaign against social discrimination against Dalits. He was minister of Labour in the viceroy's executive council of British India, chairman of the Constitution drafting committee of India, and first minister of law and justice of Independent India. 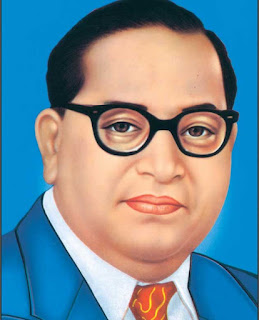 He was considered the chief architect of the Constitution of India. In his starting career, he was a professor, Economist, and lawyer. Later on, he became active in politics and became involved in campaigns for India's independence, social freedom for Dalits, publishing Journals, and advocating political rights.

Dr. Ambedkar was born on 14 April 1891 in Indore Town at the military Cantonment of Mhow (now known as Dr. Ambedkar Nagar) in the central provinces (now Madhya Pradesh). He was from a Marathi family which belongs to the town of ambadawe (Mandangad Taluka, present-day Ratnagiri district of Maharashtra). He was one of the 14 children of Ramji Maloji Satpal and Bhimabai Satpal.

Ramji maloji Satpal was an army officer with Subedar rank in British Indian Army and his ancestors had worked in the British East India Company army in 1994. Ramji Satpal retired and they moved to Satara after 2 years. After their move in a very short time, Ambedkar's mother died. After his mother's death, they live in very difficult circumstances and only five children of Ambedkar survive. When Ambedkar came to High School, his father registered his name with the surname ambadawaker, but his teacher Krishnaji Keshav Ambedkar changed his surname to Ambadawekar by Ambedkar.

Dr. Ambedkar was died on 6 December 1956 at the age of 65 at his home in Delhi, India. His cremation place is Chaitya Bhoomi (officially Dr. Babasaheb Ambedkar mahaparinirvan Memorial).

Babasaheb Ambedkar was a fertile student. He completed his doctorate in economics from both Columbia University and the London School of Economics. He was having a total of six degrees two- master's degrees "Bar-at-law" and four- Doctoral degrees. Ambedkar obtained a scholarship of 25 rupees a month from the Gayakwad ruler of Baroda Saya Ji Rao 3rd. He graduated in Political Science in India and went to the USA for his higher studies. In the USA, He completed his Master's and Ph.D. in Economics from Columbia University.

Names of Universities and colleges where Ambedkar studied are listed below-

Ambedkar wrote many books some of them are based on the situations and conditions which he faced in his life and some are based on India's Independence and partition. His books with publication years are listed below-

Babasaheb got 'Bharat Ratna' (posthumously) in 1990.

Ramji maloji satpal and Bhimabai Satpal was the parents of Ambedkar. Besides Ambedkar, there were 14th children of them but after Bhimabai's death only four siblings of Bhimrao- Balaram, Anand Rao, Manjula, and Tulasa survived. Bhimrao married Ramabai in 1906. They had a child in 1912 and named him Yashwant Bhimrao Ambedkar. In 1935, Ramabai died. After her death, Bhimrao married Savitha in 1948.